COHEMO, S.L.U. was founded in 1993 as a family business whose main activity was the distribution of spare parts for military vehicles for the Spanish Army. Its operations centre was located in "El Álamo" industrial park in Fuenlabrada, Madrid.

Over the years, COHEMO, S.L.U. has evolved in such a way that it has been able to become a modern company with a much wider range of activity, which includes the modernization, repair, manufacture and distribution of spare parts for all types of military vehicles, both wheeled and tracked. For this reason, and since 2000, it moved its facilities to "Las Nieves" Industrial Park located in Móstoles, where it had facilities of 1,300 m2, which included offices, workshops and warehouses on different levels. Due to the growth in recent years, in 2018, the facilities were moved to their current location, in "Las Pajarillas" Industrial Park, also in Móstoles, where they have facilities of almost 30,000 m2.

Moreover, its commercial expansion has increased considerably, projecting its services and products beyond the Spanish borders. Proof of this is that it has clients in several foreign countries.

COHEMO, S.L.U. in order to obtain the full satisfaction of its customers in the wide range of products and services it offers, has a quality system based on the ISO 9001:2015 standard, which accredits our products with a high degree of reliability based on the continuous controls to which all our production processes are subjected until the final product is obtained.

In the same way and due to the special nature of the products and services that COHEMO, S.L.U. offers, our organization has adapted its Quality System so that it also complies with the NATO AQAP/PECAL 2110 specifications, having obtained the certification by the General Directorate of Armament and Material of the Spanish Ministry of Defence in order to comply with the rigorous quality specifications required by the Armed Forces of the NATO member countries.

Within the range of products and services that COHEMO, S.L.U. can provide, there is the repair and updating of materials currently in service in different Armed Forces around the world, as well as the supply of spare parts for vehicles in production and for those for which, due to their long life in service, it is more difficult to maintain their supply chain.

For the latter, COHEMO, S.L.U. has the necessary infrastructure to supply its customers with refurbished materials with the same levels of reliability as those that have just come off the production lines, as a strict Quality process is applied to them. 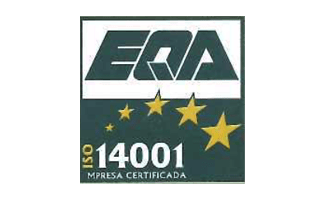